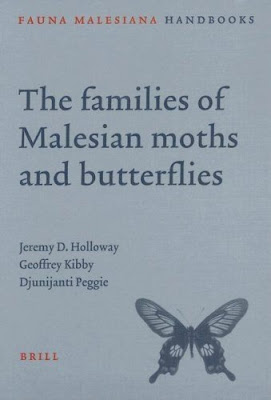 Everything we publish is freely available online throughout the world, for you to read, download, copy, distribute, and use (with attribution) any way you wish. No permission required. Read a detailed definition of open access.

Ecological communities are structured in part by evolutionary interactions among their members. A number of recent studies incorporating phylogenetics into community ecology have upheld the paradigm that competition drives ecological divergence among species of the same guild. However, the role of other interspecific interactions, in particular positive interactions such as mutualism, remains poorly explored. We characterized the ecological niche and inferred phylogenetic relationships among members of a diverse community of neotropical Müllerian mimetic butterflies. Müllerian mimicry is one of the best studied examples of mutualism, in which unpalatable species converge in wing pattern locally to advertize their toxicity to predators. We provide evidence that mutualistic interactions can drive convergence along multiple ecological axes, outweighing both phylogeny and competition in shaping community structure. Our findings imply that ecological communities are adaptively assembled to a much greater degree than commonly suspected. In addition, our results show that phenotype and ecology are strongly linked and support the idea that mimicry can cause ecological speciation through multiple cascading effects on species' biology.

Copyright: © 2008 Elias et al. This is an open-access article distributed under the terms of the Creative Commons Attribution License, which permits unrestricted use, distribution, and reproduction in any medium, provided the original author and source are credited.

* To whom correspondence should be addressed. E-mail: melias2008@gmail.com

[Article]Phylogenetic relationships of Holarctic Teleiodini (Lepidoptera: Gelechiidae) based on analysis of morphological and molecular data

Phylogenetic relationships of Holarctic Teleiodini (Lepidoptera: Gelechiidae) based on analysis of morphological and molecular data

Abstract: We investigate the diversity of the North American tiger moth genus Grammia Rambur (Lepidoptera: Noctuidae) by comparing mitochondrial DNA (mtDNA) `barcode' fragments of cytochrome oxidase I with non-molecular characters such as morphology, ecology, behaviour and distribution. Mitochondrial DNA genealogy is strikingly at odds with morpho-species taxonomy for most of the 28 sampled species, as haplotypic polyphyly not only is taxonomically widespread, but involves multiple shared haplotypes among two to four species. Morpho-ecological traits show that those species sharing haplotypes are often not closely related. Furthermore, high mtDNA divergences occur within species. Haplotypic variation is highly discordant with species taxonomy, but variation at a continental scale reveals significant geographic structuring of haplogroups, transcending morpho-species boundaries. A nested clade analysis and comparison of non-molecular with mtDNA data indicate that most discordance between mtDNA and taxonomy in Grammia is explained best by taxonomically and geographically widespread ongoing hybridization events resulting in mtDNA introgression. We hypothesize that broad areas of sympatry, interspecifically compatible genitalic structure, and species overlap in pheromone components facilitate hybridization, with disparate interspecies abundances promoting mitochondrial introgression. The molecular evolution of Grammia challenges the view that interspecific gene exchange occurs rarely and is restricted to recently diverged species. These results show the value of mtDNA in detecting cryptic hybridization, while highlighting the inherent dangers of drawing taxonomic conclusions based solely on mtDNA. Widespread decoupling of mtDNA variation and species integrity in Grammia tiger moths (Lepidoptera: Noctuidae)
張貼者： 版主 於 下午10:05 沒有留言:

Abstract: The Heliothinae are a cosmopolitan subfamily of about 365 species that include some of the world's most injurious crop pests. This study re-assesses evolutionary relationships within heliothines, providing an improved phylogeny and classification to support ongoing intensive research on heliothine genomics, systematics, and biology. Our phylogeny estimate is based on two nuclear gene regions, namely elongation factor-1α (EF-1α; 1240 bp) and dopa decarboxylase (DDC; 687 bp), and on the barcoding region of mitochondrial cytochrome oxidase I (COI; 708 bp), providing a total of 2635 bp. These were sequenced for 71 heliothines, representing all major genera and nearly all recognized subgenera and species groups, and for 16 outgroups representing all major lineages of trifine Noctuidae. Analysis of the combined data by maximum likelihood, unweighted parsimony and Bayesian methods gave nearly identical topologies, and the individual gene trees showed only one case of potentially strong conflict. Relationships among genera and subgenera are resolved with strong bootstrap support. The earliest-diverging lineages (c. 200 species in total) consist almost entirely of host specialists, reflecting the inferred ancestral heliothine host range under parsimony. The remaining species form a clade - the Heliothis group - that includes most of the polyphages (30% of heliothines) and all of the major pests. Many other species in the Heliothis group, however, are host specialists. Our results extend previous efforts to subdivide this large clade, and show the most notorious pest groups, the corn earworm complex (Helicoverpa) and the tobacco budworm (Heliothis virescens) group, to be closely related, joining with a small oligophagous genus in what we term the major-pest lineage. Thus, genomic/experimental results from one model pest may extrapolate well to other pest species. The frequency of evolutionary expansion and contraction in host range appears to increase dramatically at the base of the Heliothis group, in contrast to the case for earlier-diverging lineages. We ascribe this difference provisionally to differential evolutionary constraints arising from contrasting life-history syndromes. Host-specific behaviour and crypsis, coupled with low fecundity and vagility, may discourage host-range expansion in earlier-diverging lineages. By contrast, in the Heliothis group, the absence of host-specific traits, coupled with high vagility and fecundity, may more readily permit expansion or contraction of the host range in response to varying ecological pressures such as host species abundance or differential competition and predation.
張貼者： 版主 於 下午9:59 沒有留言:

LepTree is sponsoring a symposium entitled “Lepidopteran Larvae: Biology and Morphology” at the Entomological Society of America Meetings in Reno November 19 from 1-3:30 pm. Organized by John Brown, Don Davis and Susan Weller, this symposium will highlight current larval research from several lab groups in a series of four 20-25 minute talks. After the talks we will present an introduction to LepTree.net, and we will have computers available for hands-on demonstrations and guided exploration of the website. At this time LepTree developers will be able to talk with individuals and lab groups about contributing content to the growing LepTree.net resource. There will be a signup to encourage and facilitate those interested in adding species and higher level taxon descriptions, glossary entries, and character sets to the databank. Although the workshop officially ends at 3:30, the room and computers will be available until 5:00pm so those who would like to are welcome to stay on and navigate LepTree.net with us. 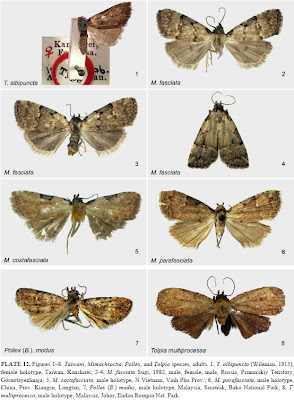 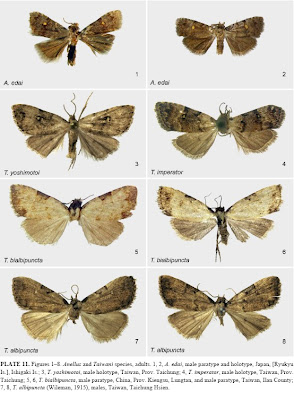 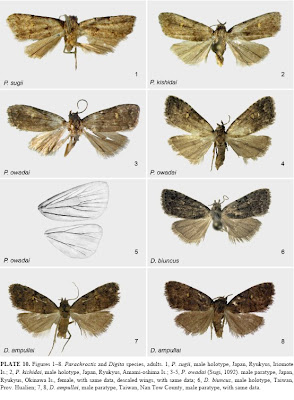 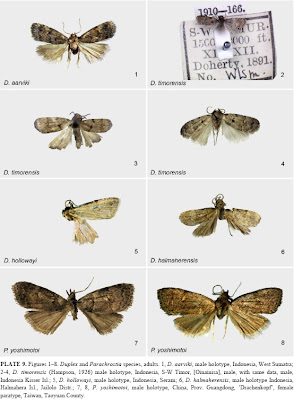 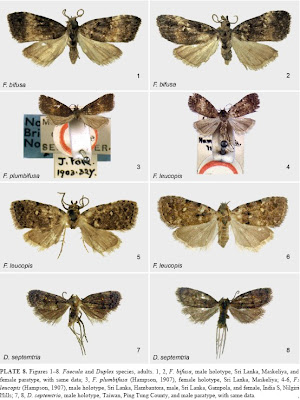 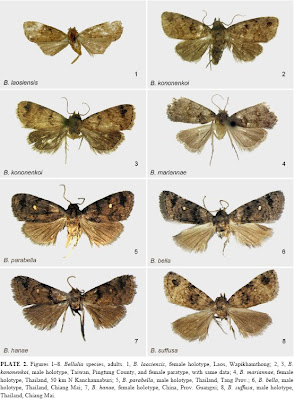 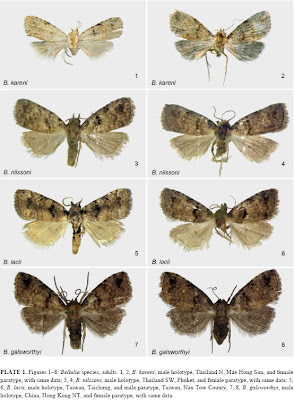 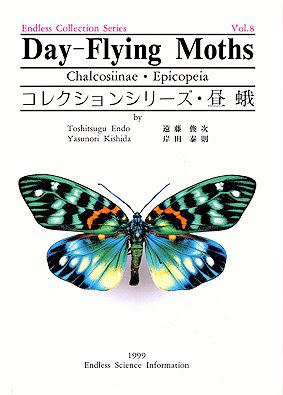 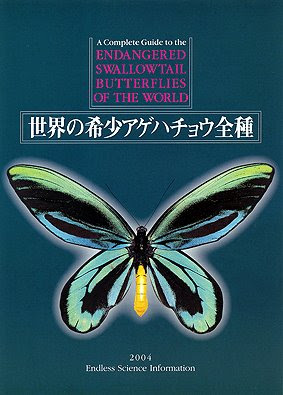 We are cordially inviting you to the 2nd Asian Lepidoptera Conservation Symposium (ALCS) which will be held in the sunny and beautiful tropical Island of Penang, Malaysia from 24th to 28th November 2008. This forthcoming symposium aims to review the conservation status of butterflies and moths in the region and addressing the challenges faced by Lepidopterists.

With the theme of “Conservation of Lepidoptera through Education and Research”, the symposium will provide the latest findings and research work of top experts in the Lepidoptera industry with the focus on the following core themes:

The following are our key speakers and speakers:

Other highlights of the symposium programme include:

To obtain more information or register for the symposium, please visit our website at
http://www.butterfly-insect.com/alcs2008/ . Early bird registration is by 15 August 2008.

Your attendance will certainly make valuable significance towards the success of the 2nd Asian Lepidoptera Conservation Symposium. I look forward to receiving your positive reply.

The taxonomy of the five species of ‘lime swallowtails’ of the Papilio demoleus group (P. demoleus, P. demodocus, P. erithonioides, P. grosesmithi, and P. morondavana) is re-examined. Sixty morphological characters are described, scored and illustrated based on features of the wings, antennae, and male and female genitalia. The results of cladistic analyses of these data are described and discussed in the light of a previous collaborative study that combined this morphological data set with DNA sequence data. While it is confirmed that the lime swallowtails form a monophyletic group, the internal relationships of the group, and the relationships of the group with other members of the genus, have yet to be established with any certainty. This implies that the current subgeneric classification of Papilio must be considered highly provisional. Dichotomous keys to the species and subspecies based on adults, together with a synonymic checklist, are presented. Implications of the current, possibly anthropogenic spread of two subspecies, P. d. demoleus and P. d. malayanus, are discussed. The nominal taxa P. demoleus flavosignatus Heydemann and P. demoleus libanius Fruhstorfer are both formally synonymised with P. demoleus demoleus (synn. nov.). Five on-line appendices accompany the paper. Appendix I gives full nomenclatural information, including diagnoses, synonyms and type data, for each species and subspecies. Lectotypes are designated here for 6 of the 20 nominal species-group taxa included in the lime swallowtails: Papilio morondavana Grose-Smith, P. grosesmithi Rothschild, P. erithonioides Grose-Smith, P. erithonius malayanus Wallace, P. demoleus novoguineensis Rothschild, and P. demoleus pictus Fruhstorfer. Type material or putative type material is located for the remaining nominal taxa, with the exception of P. erithoniusP. epius Fabricius, P. demoleus flovosignatus Heydemann and P. sthenelus Macleay. Appendix II presents a history of the application and misapplication of the names Papilio demodocus and Papilio demoleus, respectively, to the common afrotropical and oriental pest species. Appendix III summarises known distribution and natural history of the species and subspecies. The male and female genitalia of the various out-group species, as examined during this study, are described in Appendix IV. Appendix V provides an index to the principal entries for lime swallowtail taxa, including synonyms and infrasubspecific names. The five on-line appendices are completed by a comprehensive bibliography covering the entire work. [Article]Seven new species and a checklist of the genus Thecobathra Meyrick from China (Lepidoptera: Yponomeutidae) 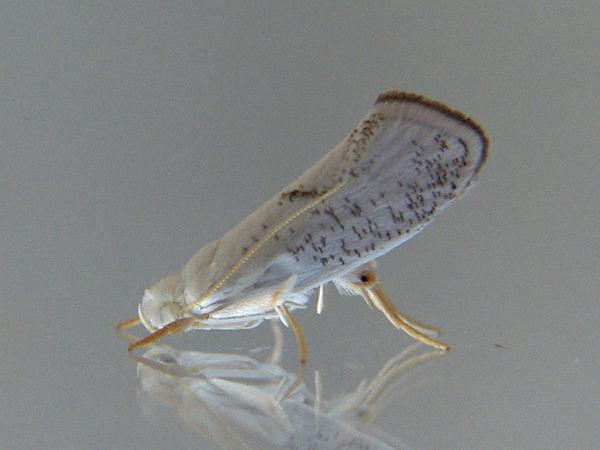 [Article] The genus Ashinaga Matsumura, 1929 and its position in the classification of the gelechioid moths

The genus Ashinaga Matsumura, 1929 and its position in the classification of the gelechioid moths (Lepidoptera, Gelechiiformes)

Abstract Ashinaga Matsumura, 1929 is most closely related to Lactistica Meyrick, 1907. The only difference between these genera is the presence of long scales on the male antennae in AshinagaLactistica. The genus name Aeolarcha Meyrick, 1931 is considered as a junior synonym of Ashinaga Matsumura, 1929. This genus is more closely related to the family Oecophoridae, and not to Stathmopodidae. The latter taxon is considered a distinct family. The synonymy of Oecophoridae and Ashinagidae is substantiated.
© A.L. Lvovsky, 2008, published in Entomologicheskoe Obozrenie, 2008, Vol. 87, No. 1, pp. 147–151. 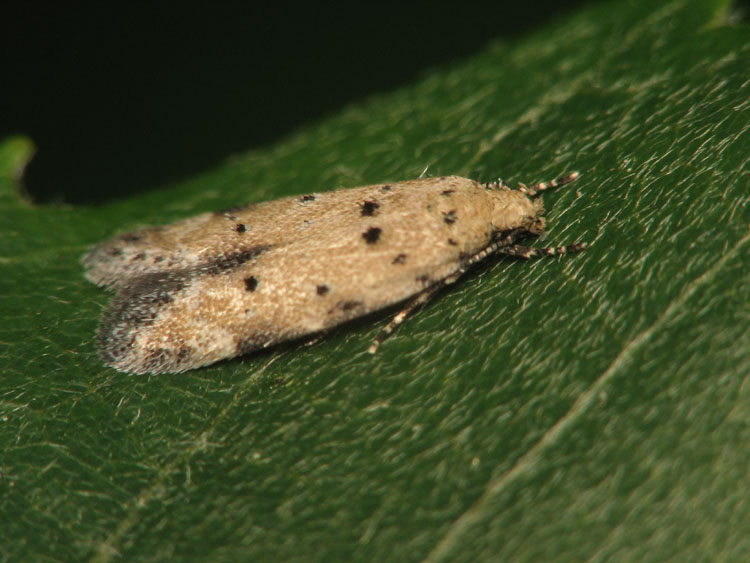 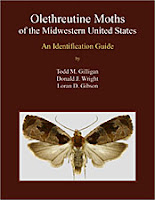 Tortricid.net would like to announce the publication of a new book designed to aid in the study and identification of olethreutine moths occuring in the Midwestern United States. Authored by Todd M. Gilligan, Donald J. Wright, and Loran D. Gibson, the book is being published by the Ohio Biological Survey and provides the following:

As of 16 Jun 2008 the book is back from the binder and is available for sale! Click here to download/print the order form in PDF format. You may also contact OBS directly to order a copy of the book: Contact Ohio Biological Survey

Please click on Example Pages on the left menu to view some examples from the book.

Thank you to everyone who has already requested information on the book! I will send out an electronic order form to your email address very shortly. 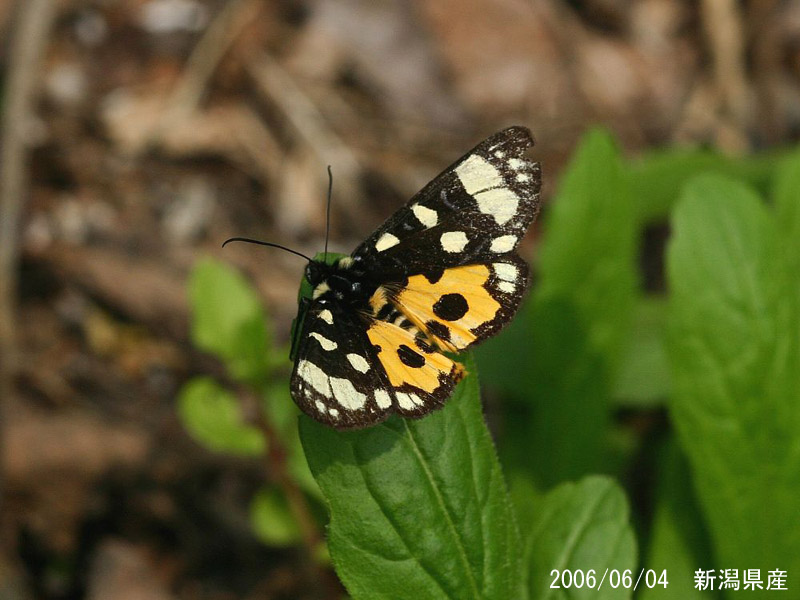 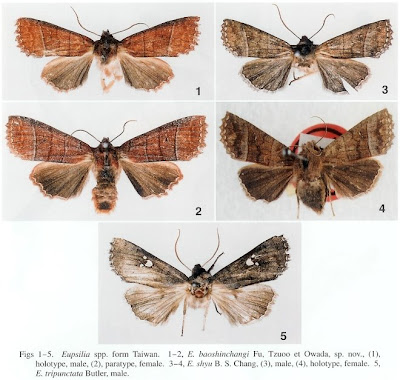 [Article]Molecular systematics and biogeography of the genus Zizina 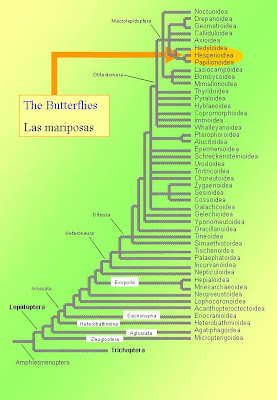